Sixteen down. Thirty nine to go. 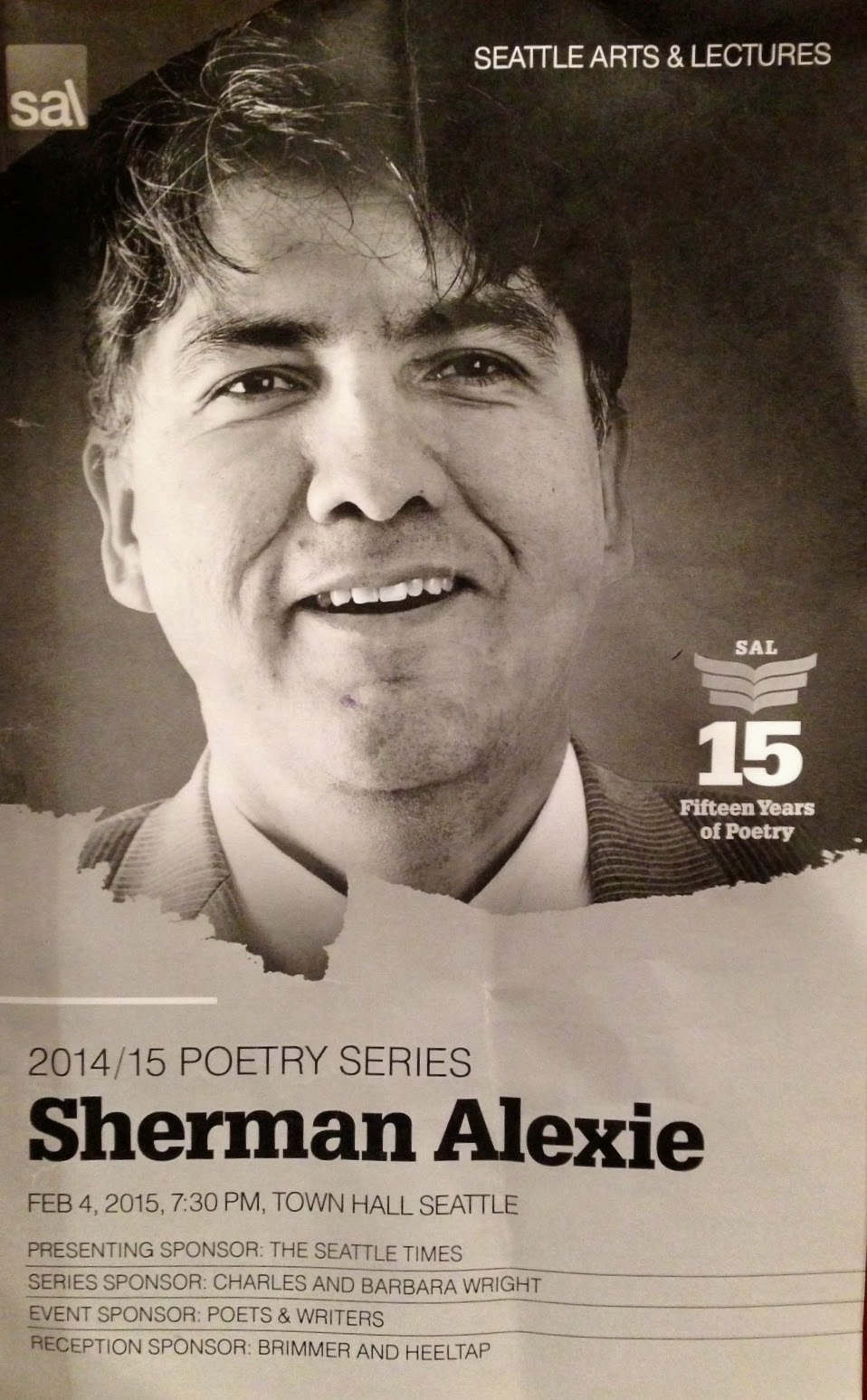 If you think you don't like poetry, try listening to Sherman Alexie for an hour. Alexie is our local Superman of verse. As funny as any stand-up comic, he leaps from hilarious comedy to biting commentary in a single line. His topics are as immediate as the Super Bowl and as simple as a visit to the local hardware store, but his poems pack the emotional power of a locomotive.

When I saw him, Alexie was appearing at Town Hall as part of Seattle Arts and Lectures Poetry Series, where hopeful patrons had lined up in the rain for standby tickets at the sold-out performance. That's not unusual, by the way; SAL's Literary Arts Series, which presents some of the top writers of our time, was completely sold out last season.

Founded in 1987, SAL seeks to engage and inspire readers and writers. Their programs are numerous and popular, and they serve a wide audience. SAL also serves over 5,000 students through its Writers in the Schools program, which places local professional writers in public school classrooms.

Authors and prominent thinkers discuss their latest work in the SAL Presents series, which also features "other exciting literary surprises." A fun surprise for me was to learn that SAL Presents is bringing the Moth Mainstage radio program to Benaroya Hall in June. The theme is "fish out of water". Our youngest daughter (the English Major) and I already have tickets. Check it out: http://lectures.org/season/special_events.php

Don't ever miss a chance to hear Sherman Alexie. And be sure to bring along that spouse or friend who has no interest in poetry. He will convert them faster than a speeding bullet.
Posted by Sandy McDade at 4:05 PM