Eighteen down. Thirty-seven to go. 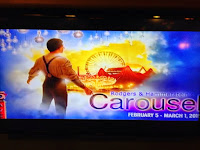 As I waited for the curtain to go up on the 5th Avenue Theatre's production of Carousel I read David Armstrong's introductory program notes. David is the 5th Avenue's Executive Producer and Artistic Director, and one of his statements leapt out at me: Seattle is one of America's three great theater capitals.

Hyperbole? I might have thought so. But having seen Carousel, I have to admit that everything about the production strongly supported David's claim.
Carousel featured a company of talented and experienced local professionals; it offered excellent dance through a local partnership; and it was integrated into a truly unique and exciting program aimed at developing young talent. The show was produced, designed, built, cast, rehearsed and staged entirely by local talent. Their bios displayed an amazing list of performance credits. Along with the other artists and theater professionals who staged Carousel, the actors are part of a strong community of players who are able to live, work and develop their talent here because there are so many professional theaters supported by such large theater audiences.

Carousel was a partnership between Spectrum Dance Theater and the 5th Avenue Theater, both of which receive ArtsFund support. The 5th has one of the largest theater subscriptions in the U.S. (over 25,000) and an audience of over 300,000 each year. Since 2001, the 5th has premiered 16 new works, nine of which have subsequently opened on Broadway! Two of those, Hairspray and Memphis, won Tony Awards for Best Musical. More evidence for the truth of David's contention.

One might expect a weak link somewhere in a "regional" musical theater production, and that weak link is often the dancing. That was certainly not the case with Carousel. The dancing was exceptionally strong, exciting and seamlessly integrated within the show. (More about Spectrum Dance Theater  soon – I already have tickets for their Carmina Burana next month.) 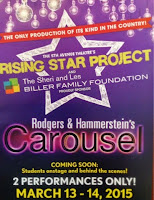 A couple weeks after the show I got to see Carousel performed on the 5th Avenue stage once again, only this time by high school students working in a unique program called the Rising Star Project. With help from the professionals in Carousel, one hundred top theater students from around the state spent months recreating the show using the 5th Avenue's direction, choreography, sets, costumes, lighting and music. The atmosphere was electric and, by chance, I was seated next to the actress who appeared as Carrie in the professional production, Billie Wildrick. She commented at the start how fun it was going to be to "see herself run on stage" and was clearly very proud and pleased with the student performances. It was easily the best student musical I have ever seen, and I found myself wishing the program had existed when I was a local high school thespian a few years (ok, decades) back.

After reflecting on the entire Carousel experience, I have to agree with David. We should never use the term "regional" to describe our professional theater. Just say it's a "Seattle show". People will know it's from one of America's three great theater capitals. 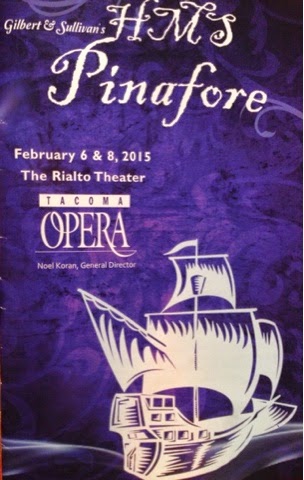 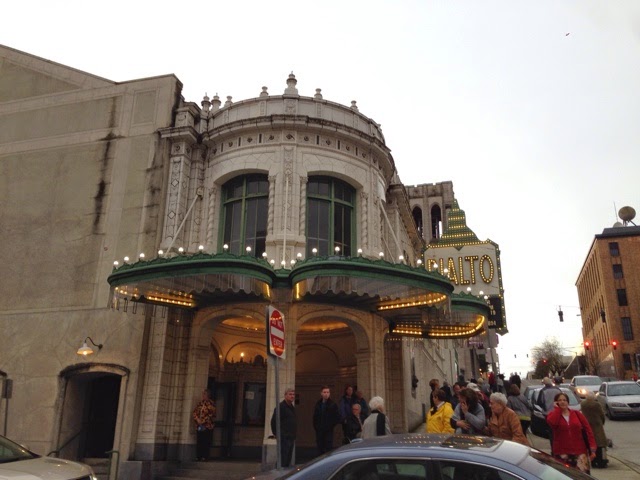